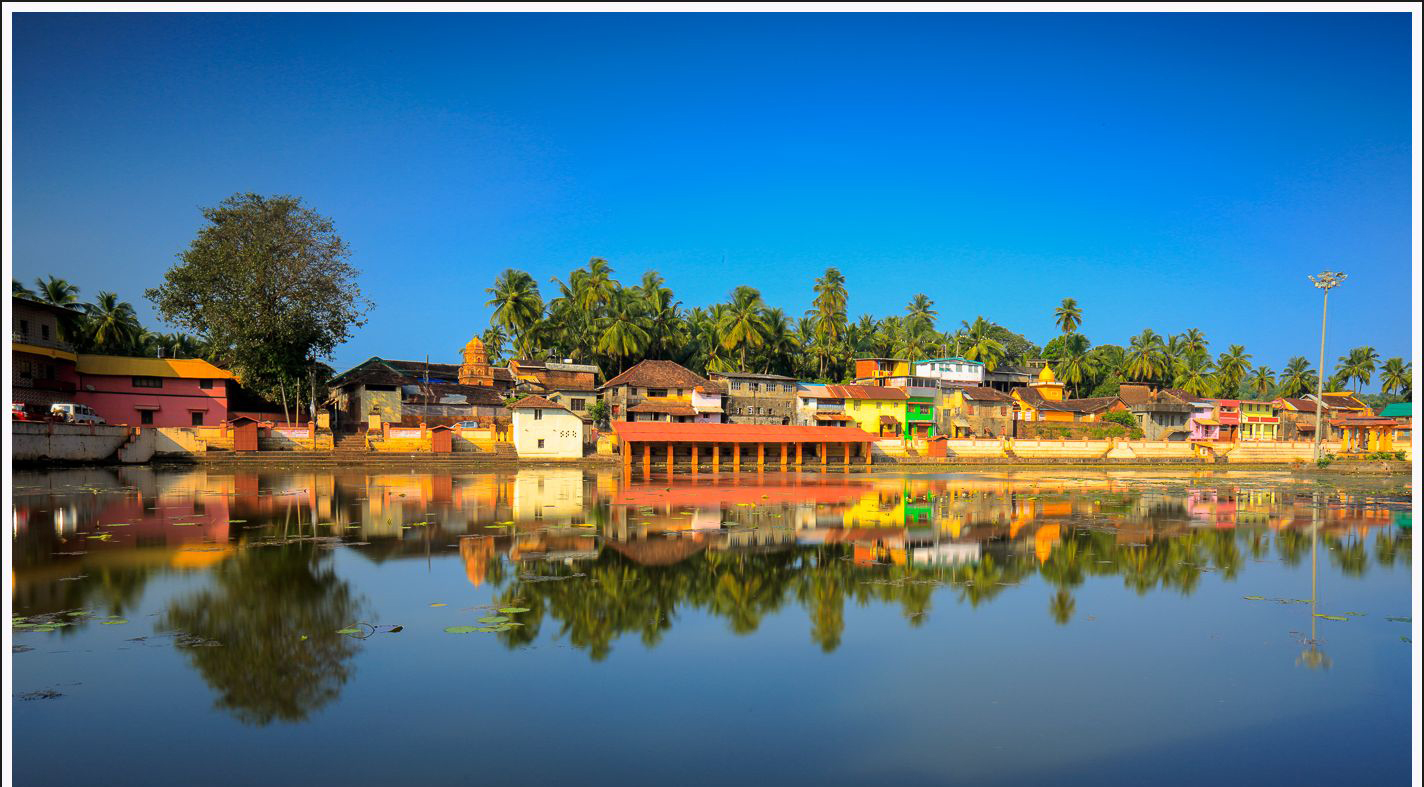 Gokarna, at its very heart is an idyllic and laid-back temple town courted by the Arabian Sea on one side and the Western Ghats on the other. It is primarily known for two reasons: its beaches and temples. Beyond the temples and beaches Gokarna lives on in the two streets that run through the town. For most of this time, Gokarna has been a village of farmers who grow brinjal (eggplant), basale, spinach, tondekai, red harive and fisherman. For most of its time it had one single distriction: a temple that is believed to contain the soul of Lord Shiva. Gradually, Western backpackers started to make their way to Gokarna in the 1990s and 2000s. Lately, there is steady influx of both Indian and western tourists into Gokarna and the locals are trying to catch up with the rapid modernization.

Travelling within Gokarna is easy and possible by foot, but it is recommended to have your own private vehicle or rent a bike as the auto-rickshaws are usually a rip-off.

The Mahabaleshwara Temple in the middle of Gokarna is a 4th century Hindu temple which is built in the classical Dravidian architectural style. This temple houses what is believed to be original image of Lord Shiva’s linga (Atmalinga). According to the legend, the Atmalinga was placed at Gokarna, in the temple precincts where it currently sits by Ravana, the demon king of Lanka (from the eHindu epic Ramayana) when he carried it from Mount Kailas in the Himalayas. Before visiting the temple for worship, pilgrims typically take a holy dip in the Arabian Sea. 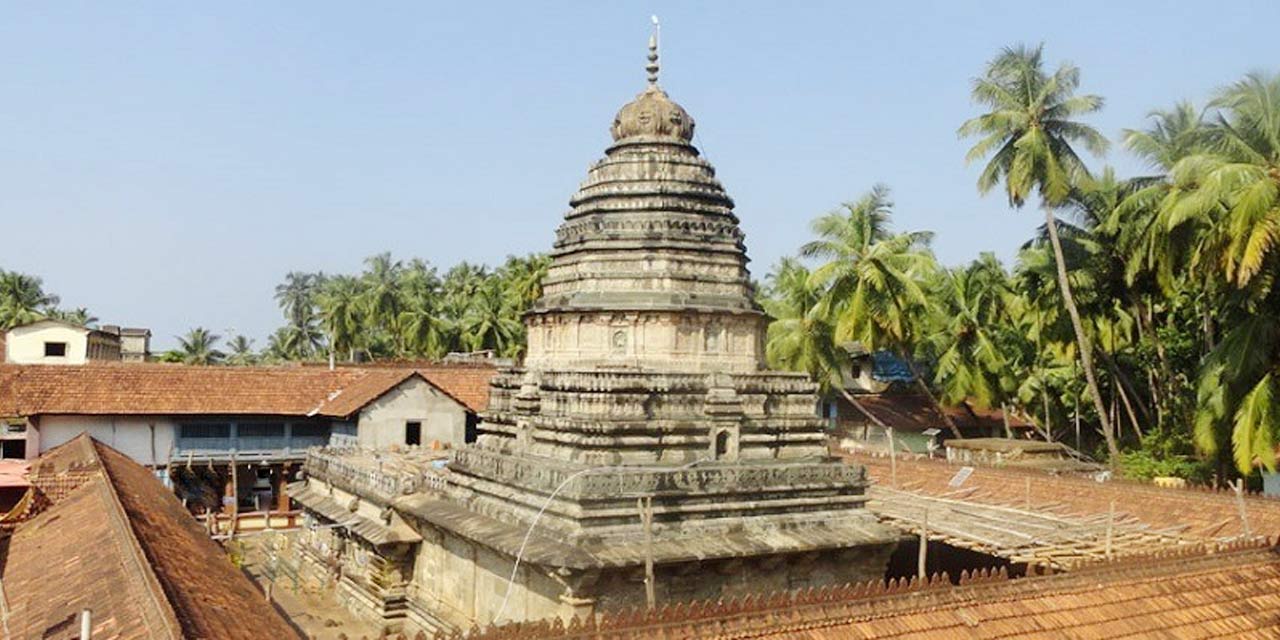 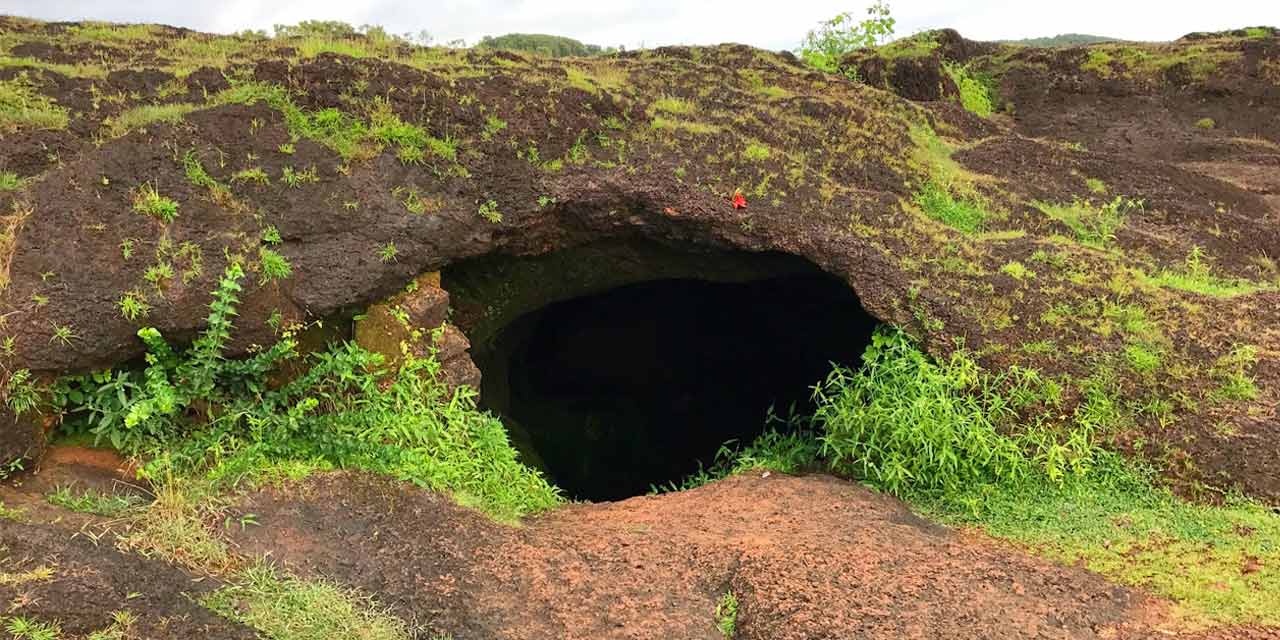 Shiva Caves are a small series of caves that you can see while hiking from the Gokarna main beach to the Kudle-beach. The caves are sometimes occupied by pujaris/brahmins residing in them or usually by bats. The views of the beaches from outside the caves are quite great.

You come across Jatayu Teertha when you are hiking from Gokarna beach to Kudle beach. Jatayu Teertha is a tiny but beautiful spot which shows its full glory at sunset. The legend behind this place is based on the Hidndu epic Ramayana :when Ravana the demon king of Lanka had kidnapped Sita and was flying back to his Kingdom Lanka, Jatayu (the legend bird), tried to stop Ravana. One of Jatayu’s wings was cut by Ravana and this is the place where the wings fell down.

The formation of rocks is something to look at even if you do not believe int he mythology behind it. The hike from Jatayu Teertha to Kudle beach is gentle but one should very careful for rocky patches. Jatayu Teertha lies in between Gokarna beach and Kudle beach which has an amazing view of the ocean and sunset. 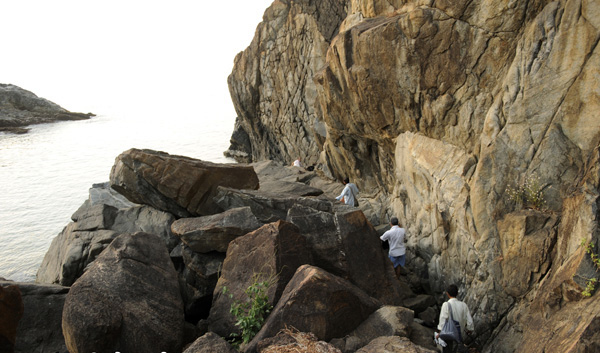 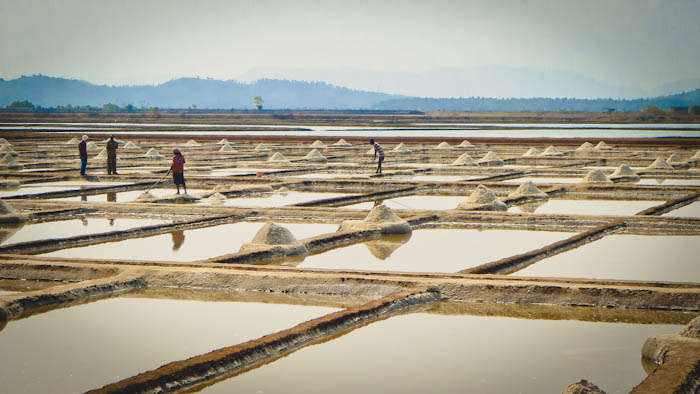 Sanikatta, which you come across when going to Gokarna from the highway (NH-66) has been producing brown salt unique to this region since 1720. The salt is rich in natural minerals and manufactured without any chemicals. Sanikatta salt is natural salt, extracted from the water (Aghanashini river) that flows into Aghanashini river basin. The leaves, stems, plants some of which are medicinal, that fall into the Aghanashini river during the course of the years get accumulated in the river basin which makes the colour of the salt brown. Due to its medicinal value, many Ayurvedic clinics also advise their patients to use Sanikatta salt.
As soon as the rainy season ends, the water is taken from the basin and stored in a large reservoir for a few days where it is allowed to evaporate naturally and increase in density. With increasing evaporation the salt water gradually increases in density. The final step is crystallisation, where the density again increase and real crystals are formed and harvested. Later, idoine is added as per governmental guidelines.
Salt harvesting begins in November and continues still May.

The Gangavali river estuary is just 5 kilometers from our villa. You have to take a ferry ride from Gangavali village to Manjaguni village.The barge on the ferry is big enough to carry and transport trucks and buses also. On the ferry ride to Manjaguni beach you can enjoy the scenic Western ghats on one side, and the confluence of the Gangavali river and Arabian Sea on the other side. This is also as the river which changes shape during high and low tides.

Pro tip: You can buy some really good mouth watering Mysorepak. (normally priced at ₹ 200/ kg which will be priced at not less than ₹ 500 at other big cities) at Panduranga hotel at Gangavali ferry point. 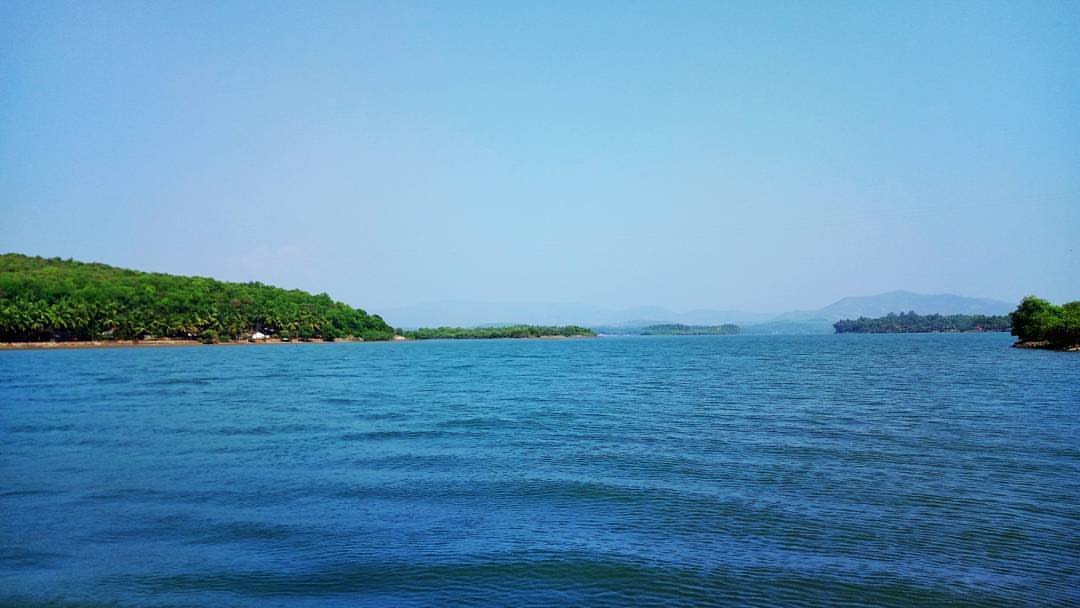